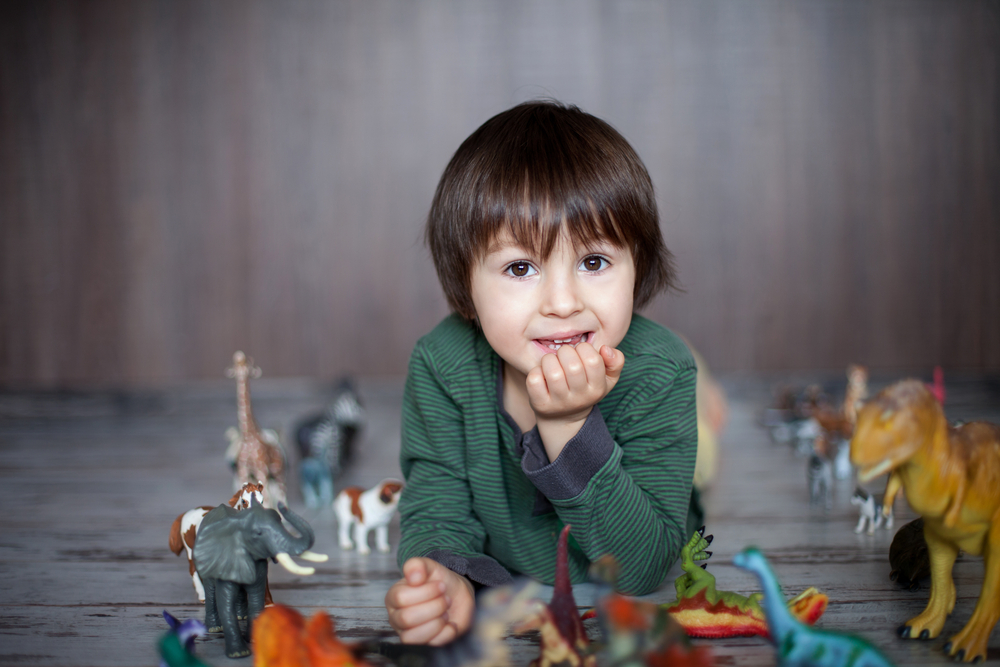 In the playroom, Hank played with the pig family, mama, “Little Sweetie”, the sister pig, and “Little Sweetie 2,” the baby piggy. The pig family went for a swim in the swimming pool until the sister and baby pig got out and went off camping on their own. After a while, mother pig arrived. Hank soon revealed that mother pig had dreamed the whole swimming pool thing up!

A farmer arrived and mom kicked him in the crotch because he tried to take her baby piggy away. She saved her baby and sent the farmer sinking in quicksand.

The pig family adopted a pet dinosaur which they kept in a cage. When the farmer came around again, they let their pet dinosaur fight with the farmer. The dinosaur hit the farmer in the crotch and Hank announced that it really hurt him. The farmer lay on the carpet injured.

With the pig family safe but hungry, Hank found a plastic hamburger in the play kitchen refrigerator and fed it to the family of pigs. They were delighted at its enormous size. For them, it was a feast.

The pig family got a couple of horses as pets. The piggy baby got on the horses to try them out for size. As he played Hank told me about how his dad had given him piggy back rides. He explained in detail what a piggy back ride is.  As Hank explained, he smiled and enjoyed the thought of having a piggy back ride with his dad.

I can’t say what all that was about for Hank. I did see that the mama pig and the little piggy children were loved by their mother who called them her “little sweeties.” She protected her children and provided them with pets, the first one to protect them and the rest to enjoy. At one point, the sister pig became a brother pig and was afraid of the swimming pool diving board.

Hank brought me into a close, connected relationship where he shared his thoughts and feelings with ease. He kept me informed about who the characters in his story were and what they were thinking and feeling. He accepted my participation in his play as I noticed aloud what I saw and heard. Hank responded to my words with more information as he continued to expand his story line. Play magnetizes. Hank is interested in being in relationship with me. He actively works to extend to me an invitation into his world of play. He freely tells me his stories and shows me his play. He does not hold back.

Hank’s parents say he’s becoming more cooperative with them at home. They’re pleased with the growth they see in him. Whatever was happening inside Hank that drove him to challenge his parents at every turn is changing for the better. An empowering play relationship heals.